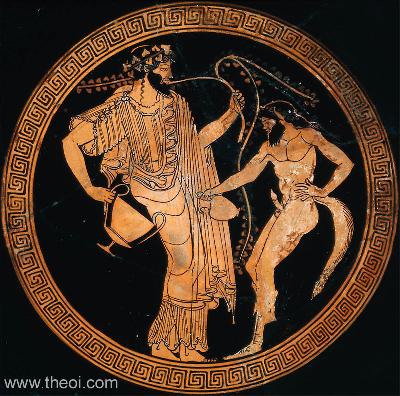 Julio takes Hector’s car for his first day of driving with Luber.

The next day I showed up at Hector and Lupe’s house just after nine. Hector was already at the liquor store, but he left me a note with the keys and a package of those fancy scented wipes.

Julio–Remember–customer does whatever, you say nothing. Clean up if needed. -tu tio

“Well fuck, Hector,” I said, weighing the package in my hand. It was the upscale kind of wipes, and who knows when Hector got the time to go shopping in the chi-chi markets downtown. “What do you think people are gonna do? It’s early to be barfing, yeah?”

I hopped into Hector’s car. I’d decided against dressing up, but I still looked pretty baller behind the wheel, especially when I put on some shades. I set up the Luber app on my phone and waited for it to ping. It wasn’t too long before I got a hit–some office downtown. I turned on my tunes and sped out of Hector’s driveway.

My first customer was an Anglo business dude, rocking a three-piece suit with one of those fruity handkerchief squares and everything. You could smell the money on him, and I started getting excited for the tip before he even was in the car all the way. He slid into the seat and automatically pulled out his phone and started scrolling through it.

“Looks like it’s gonna be hotter later,” I said. “Hope you got a nice air conditioner in your office.”

“It’s comfortable enough,” he said, still looking at his phone.

“Sure, sure,” I said. “You follow basketball? I’m all pumped for the Pistoneers’ game tonight.”

I dropped him off a few minutes later. “Thanks, senor,” I said, though the dude wasn’t much older than me. He grunted and was out of the car before I was even finished with senor. I watched him walk away, waiting for the moment when he pressed the button for my tip–

My phone pinged. I closed my eyes and took a deep breath. Hector averaged almost ten dollars per customer. I was new, so I probably couldn’t expect more than five dollars. Maybe seven. Eight. I opened my eyes and looked at the phone.

“Shit!” I said, punching the dashboard. “I fucking drove you, dude, show some respect.” I flipped off the air where the dude had been. Fucking assholes in this city.

My phone pinged again with a drive to somewhere in the suburbs. Sighing, I put the car into gear and headed out.

It was a fucking miserable six hours. No one tipped me more than $2, except some old lady with hiccups who gave me $2.50. By the end of the day I was fucking pissed. Damn job wasn’t worth it if the only customers I got were hella cheap, right? I’d be doing it the rest of my natural life and still not make enough to impress my chick.

I was headed back to Hector’s when my phone pinged again. Shit, but I didn’t want to drive another ungrateful asshole around, but the dude was close and another $2 tip might give me enough to cover gas. Sighing, I turned the car to go pick the fucker up.

The dude turned out to be a priest, wearing the collar and everything. “Hola, Padre,” I said as he slid into the seat. He was one of those big dudes, probably mid-forties–the kind of chubby dude that’s got muscle under the fat, if you know what I mean. He had a salt-and-pepper beard, and it looked pretty good in him. I bet more than one of the old ladies at his church wished he wasn’t a priest.

“Hola, Julio,” he said, checking my name on the app. “You keeping cool on this hot day?”

“Got the air conditioner right here,” I said, tapping the dashboard. Sure, it was corny, but he laughed, and I started feeling a little better about the day.

The priest was sniffing the air as I started for his destination. “Smells nice in here,” he said.

“Thanks, Padre,” I said. “Only the best for my customers.”

Then the priest did the fucking weirdest thing–he bent over and started taking off his shoes. “You a good Catholic, nino?” he asked.

“Uh, I try to go to mass when I can, Father,” I said, gulping a little as he put his shoes on the seat next to him and started tugging off his socks. The dress socks slid off pretty easy, showing a thick bare foot. It felt fucking obscene, like something I wasn’t supposed to see, you know? Who’s ever seen a priest barefoot? But there he fucking was, flexing his bare toes in the backseat. I took a deep breath and reminded myself what Hector said about not reacting. I forced myself to keep my eyes on the road, but I couldn’t help stealing little glances in the rear-view to see what the dude was up to.

“Love standing at mass,” said the priest. “Guess what I think about while I’m up there, nino.”

“Um, Jesus?” I said, turning down a suburb street.

“Heh,” said the priest. He undid his seatbelt and shifted to the middle of the backseat and slid his bulk down. Lifting up his legs, he braced his bare feet on the back of the front seat head-rests, pushing my head forward.

“Holy God,” I said, gripping the steering wheel. “You don’t have to tell me about it if you don’t want to, Padre.”

“But I want to, Julio,” said the priest, meeting my eyes with his big dark ones in the rear view mirror. “This is my confession. Fuck, but it smells good in here.”

Shit, Hector’s atmosphere thing must suddenly be working–or breaking down, if it made a nice priest start banging his flesh balloon in the backseat, yeah? Coz the priest had his fly open now, and was hauling out the fattest piece I’ve seen on anyone. I mean, this fucker was thicker than a beer can, I swear.

“Oh fuck,” he said as he lightly skinned the straining meat. “I don’t get to do that nearly enough.”

“Oh, Jesus,” I whimpered, not knowing what the fuck to do. I mean, if it’d been my car I’d kick the pervert priest out, right? But I was fucking on the clock and Hector said not to react and that thicc fucking priest was staring at me from the backseat, the tip of his tongue between his lips.

“There’s this family in my congregation, the Gonzalezes,” said the priest, openly stroking himself now, grunting every time his thick hand slid over his straining cockhead. “The papi is a real hard-ass, you know the type? But strong. His nino just got back from his first year in the navy. Fucking tight little ass on him.”

He chuckled. Fuck, I think he was getting off on making me squirm. Or else he was just, you know, getting off on getting off. Those little old ladies were probably good he was swinging for God because that thing in his hands was a pussy destroyer. I guess if I had a piece like that I’d be grateful to God too? Fucking massive piece of cockflesh, thick as my fucking forearm–

There was a honk and I swerved and swore. Hell, had I been checking out another dude’s piece this whole time? A fucking priest’s piece? This shit was getting out of control.

“He bends his navy boy over the pew,” said the priest, and I realized he’d been telling me his whole messed-up story while I was away somewhere staring at his pud. “No one notices, not even the old farts in the row in front of them. Alberto slides the tight pants over that smooth muscular ass. He’s got the heat of that hairy hole right there at his crotch. He gives me a little wink and then reaches into his Sunday pants. What he pulls out would make Madre Maria herself blush.”

But–hell, to be honest, I wasn’t really keeping my eye on the road while the priest pounded away at his cock in the backseat and told me all about his twisted fantasies.

“Alberto’s got his pubes tickling his son’s ass now,” grunts the priest happily, his hips starting to buck into his pistoning hand. “The chico looks up at me and can barely focus, he’s so full of his father’s proud penis. Alberto flexes himself in his boy, I can see it happening in Juan’s eyes. Fuck, the boy is transfigured. He grips the back of the pew as his papi pulls back and rams into him. No one but me notices his cries of joy, or the way the pew rattles as they fuck, unashamed, in the open. He craves his daddy’s cock opening him up, making him a full man. Oh, fuck, it’s so hot.”

We were on the last road before our destination, and I was gunning it, keeping one eye on the road and one eye on the hung priest fapping it behind me. The road was one of those long country roads with a lot of hills, and every time we bounced over one the priest grunted and growled, grinding down on his stupid fat cock with both hands. Frantically, I checked out my driving map. Only a quarter mile to go, just one more hill and–

“Holy shit,” I said," staring at the spermy mess in shock as I pulled up to our destination. “Jesus, Padre.”

He was walking up the sidewalk, and I was just thinking that maybe my head hadn’t completely exploded and I had enough mental strength to get the fuck out of there, when he turned around and walked back to the car and knocked on the driver side window. Biting my lip, I rolled down the window.

The priest grabbed my chin, just like Hector had done, and pulled my face toward him. Leaning over, he kissed me roughly with his fat lips. And–fuck, I just sat there and took it. I didn’t know what else to do.

The priest pulled off me and grinned. “El Señor esté con tu,” he said.

I was so brain-fucked I just sort of stammered out, “Y con su espíritu, Padre.”

He chuckled and walked away again, this time for good. A second later my phone pinged. I grabbed the phone and stared at it. The fucker had left me a $300 tip.

“Jesus,” I whispered. Not knowing what else to do, I sent a text to HECTOR in all caps:

WHAT THE HELL TIO

A second later he texted back.

heh–we’ll talk tomorrow. make sure you clean up

I watched the rear-view mirror as a dollop of priest-jizz slowly dropped from the ceiling to splat on the car floor. “Holy mother,” I said. What the fuck had I gotten myself into?