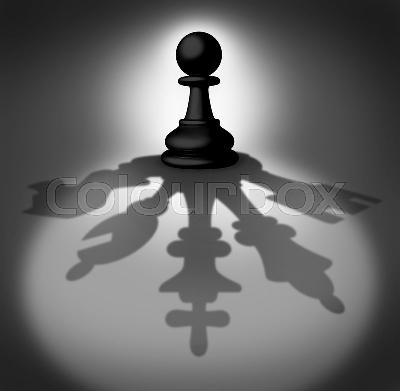 Copyright © 2020 Pawn. All rights reserved. This story may not be reproduced or used in any manner whatsoever without the express written permission of the author.

Alex gets uncomfortably close to his rival Nick.

After a rough Saturday morning at the park, I was on my best behavior all afternoon.

My brother had allowed me to eat like normal at school (although I was still eating off the floor at home), and I had to get hard whenever I saw dicks. That last order did not go well for me last time in the showers at schools and I didn’t want to repeat the experience at school, so I was hoping to get the order removed by Monday.

Well, by Saturday evening I was all done with that. I went to Cody’s room and closed the door, then got naked and kneeled down.

I’ve got to say, being naked around my brother had become no big deal at all. It didn’t really feel different from having clothes on anymore. It was like putting on my football uniform, just dressing for the task at hand. Seeing as my task was to be a sex slave, being nude just made sense. You wouldn’t play football in sandals, you wouldn’t get fucked with your clothes on.

“Master, I’ve finished all the chores. Can I do anything else for you?” I looked up at him from my position on the floor.

Cody was sitting in his computer chair, the master on the throne. “You did good today slave. Now I wanna fuck you, so get us lubed up.”

A minute later my ass and Cody’s cock were thoroughly lubed up and ready to go. Cody laid down on the bed.

“I want you to ride my dick,” Cody said.

It was kind of awkward, but I sort of kneeled over him on the bed with a knee on each side of him, then maneuvered up to a squatting position over his dick. I found his dick with one hand and lined it up, then eased myself down.

I felt it start to go in me, gravity forcing it farther up my chute. Pretty soon I was sitting all the way down on it. I met Cody’s eyes.

“Yes, Master.” And I started to use my strong legs to go up and down.

It was already hurting but I tried to focus on keeping Cody happy to help ignore the pain.

Up and down, up and down. Cody was moaning with pleasure. At least one of us was enjoying this.

My own dick was hard as a rock of course, since this counted as serving a man sexually. And I had to admit, to myself at least, that sometimes it did feel good.

Up and down, up and down. Riding a dick was a surprisingly good workout.

As I was going down, Cody was thrusting up into me, then when I went up he’d go back down. For a skinny guy, he definitely had a lot of thrust. It made a loud slapping sound when I rammed down onto him.

As I basically fucked myself, I realized this was it, this was my life and I was never getting out. I hadn’t had any ideas on how to escape. It must be impossible for me to even conceive of a way out. This thin leather collar might as well be a solid piece of adamantium.

Thinking about being a slave, not just today but for the rest of my life, I got overwhelmed by my emotions and started crying.

Cody saw me crying and said “Wow, it’s that good huh? I’ve never seen you cry tears of joy before.”

Cody thrust his hips upward as he came inside me, obviously having a great orgasm. “Sit still for a bit,” he said.

So I just rested there, sitting on his pole. I was still hard as a rock and honestly, I wanted to rub one out.

“Lick some of that,” Cody said.

Ugh, gross. But I wasn’t going to disobey so I ran my finger in it and licked it. Not a good taste.

“Yeah, so good I’m giving you a reward.” I waited in anticipation. “We’re going to a party.”

“But I just want to stay here.”

“I mean, I’ll happily go if it’ll make you happy Master.” It was just a party after all.

“Good, now go get showered. Make sure to clean your ass up.”

An hour later, we were there. It was at Brad’s place. Or was it Chad’s? Well, whatever.

I didn’t really know what to do. I didn’t like being around people these days. I felt so… beta.

Eventually I just settled down on the couch and didn’t talk to anyone. I was actively considering hiding in the bathroom… and that’s when Nick showed up.

That bastard walked right up to me. I tried to ignore him, until Nick said, “Simon says come with me.”

Fuck! How the hell did he know about that?

I followed Nick as he led me to an upstairs bedroom and closed the door behind us.

“Wow,” he said. “That actually worked. Let’s see what else we can do.”

“Simon says keep your voice down until we leave the room. Simon says, don’t leave until I say you can.”

“What are you doing?” I asked, quietly.

“Anything I want to.”

“You know,” said Nick. “You were always the most arrogant bastard in school. I was a small kid when we were younger, and you bullied me mercilessly. Simon says get naked.”

I didn’t have any choice, so I started to undress.

I knelt down in front of him. I couldn’t meet his eyes. I hated Nick and Nick hated me but now I was completely in his control.

Nick said, “I saw you sucking your brother’s dick in school this week. Your shoes are very recognizable. When I confronted Cody about it, he said I could have you for a fee. Hopefully he doesn’t change this Simon says command, we could have lots of fun together.” He got undressed too. As soon as his underwear came off my dick started to stiffen. “Oh look, little Lexi is excited.”

Nick was hard too I noticed.

“Wow,” I said, “turns out everyone’s a fag.” I tried to make it sound scathing but I think it came out sounding pretty weak.

My first thought was that I didn’t have one, but my brain started churning and I blurted out “The feeling of it filling my throat when deep throating.”

“You don’t understand, I’ve sucked a bunch of dicks, obviously I’m not going to be completely neutral!”

“Justify it to yourself however you like but I bet there are actual gay guys at our school that haven’t sucked as many dicks as you have, cum-slut.”

I couldn’t think of a good reply to that so I just knelt there and watched Nick. Well mainly I watched his dick since it was at eye level. It pulsed with his heartbeat.

Nick put his dick on my mouth but I kept my lips closed. He was going to have to order me if he wanted me to suck it. Maybe I could even bite down on it. He rubbed his dick into my eyes, one then the other.

“Simon says,” Nick began, “tell me what you would rather do, suck my dick or get fucked by me.”

“Suck your dick,” I said immediately. Maybe I was starting to enjoy sucking dick on some level. I decided not to think about it. Of course, that left me to concentrate on my current position.

“OK,” Nick said. “Sorry to disappoint you since I know you want to deep throat my monster cock, but I’m not here to give you what you want. This is about me. Simon says get on the bed on your back and let me fuck you.”

It was the worst outcome. But I had to obey so I got off my knees and onto my back. I was just a bitch doing what he’s told.

Nick pulled a bottle of lube from his pants pocket. He’d really come prepared. Nick lubed himself up, then took great pleasure in ramming lube covered fingers up my ass.

He wiped his lube-covered hands off on my underwear and stepped up to me. He lifted my legs up over his shoulders.

“I bet you never thought this would happen, did you Lexi?”

“No, I-ahh!” I gasped as Nick rammed his dick into me. I was already loosened up from earlier, but it still hurt. Nick pushed all the way in too quickly for comfort.

“The exact opposite I think.” Nick said smirking. And then the fucking really began. It was rough and Nick was merciless.

I was whimpering from the pain. Nick’s dick felt massive inside me.

Nick never could shut up. “I remember one time you pulled my shorts and underwear down in gym class. You thought that was hilarious. There were girls there you asshole! And you made fun of the size of my cock! I was a late bloomer, but I’m fully bloomed now.” The fucking continued. “How do you feel about the size of my dick now bitch?”

“Keep crying, I love it. I’m not even a little gay but you have no idea how hard the sound of your voice in pain is making me.”

Over and over and over again Nick’s body was slamming into me. Finally I just closed my eyes and prayed this would be over soon.

CRASH! I opened my eyes to see Aiden standing there holding a broken wooden chair. Nick fell over, his dick popping out of me. Aiden must have smashed the chair over Nick’s head.

Aiden looked at me. “Simon says put your clothes on and follow me to my car.”