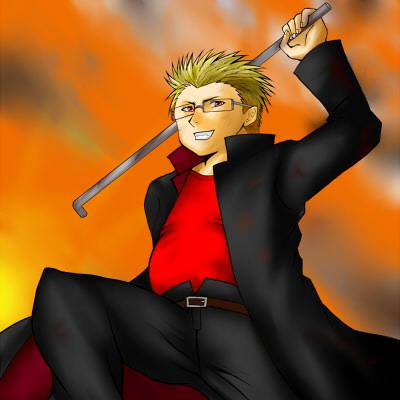 By New Guy in Town

1706 words
Category: Alien   Tags: #uniform #symbiosis #goo #no sex #assimilation #slime
Copyright © 2020 New Guy in Town. All rights reserved. This story may not be reproduced or used in any manner whatsoever without the express written permission of the author.

After Peter Parker brings Flash Thompson into the Symbiote, a new figure enters the gym and offers to join the Symbiote willingly

This is the first part of a story that runs alongside Hypnocigarboy’s Symbiote story. I have to thank him for giving me permission to write this story based on his work and Martin for connecting me with Hypnocigarboy. As it is my first story ever on the site I appreciate whatever feedback anyone wants to give.

It wasn’t my intention to walk past the gym; I just had somewhere to go, and the gym was along the way. As I passed by the gym, I heard a noise, the sound of someone yelling. I had to look, I had to see what was going on. Making my way in quietly, I walked through the rows of lockers and kept going until I was at the row of lockers next to the showers.

There stood Peter Parker; coming off Peter’s body were black tentacles that held Flash Thompson above Peter’s head. The tentacles began to work the way around Flash, caressing him and moving their way up his arms, around his chest, down his legs, and around his cock. Flash’s face first registered fear being held up by the black tentacles but as the tentacle around his cock began to massage him, his face began to register pleasure. I merely watched from afar as the black tentacles began to coalesce around his body and encase him in a cocoon of black slime. I had heard about the symbiote and seen the stories about the black suit Spiderman and Venom but there it was before me. Peter Parker had merged with the symbiote and now was making Flash Thompson merge with it. Much like Flash, part of me was afraid of it and part of me was turned on by it but the larger part of me wanted to join them, wanted to be part of the symbiote.

I remained in my hiding spot watching Flash be cocooned, the cocoon falling from the ceiling, and Flash emerging from the cocoon, sporting his new black symbiote suit. The suit morphed into regular clothes: a black leather jacket with a white T shirt underneath, jeans, and sneakers on his feet. Both Peter and Flash smiled, reveling in the fact that Flash had become the newest member of the symbiote; upon seeing their joy I knew it was my moment, I knew this was the moment I had to go if I want it to be part of the symbiote. I came out of my hiding space and began walking towards them. Me standing 5 foot 10, wearing a blue Oxford button down shirt with a white tank top underneath, a pair of raw denim jeans, and black mock toe boots on my feet began to walk towards Peter and Flash. I got halfway towards them when they noticed me and looked at me and that’s when I said it.

Peter looked me up and down “You sure about that?”, he inquired.

“Didn’t stutter”, I began. “Yes, I want in; I want to be part of the symbiote, is that clear enough?”

“Why should we let you?!”, Flash asked angrily.

“The symbiote wants humans as host, here you have somebody who’s volunteering to merge with the symbiote, and you’re gonna ask, ‘Why should we let you join?’ Did the symbiote’s intelligence just go down by making you part of it, Flash?”

Peter chuckled at my response to Flash’s question; Flash shot an enraged look first to Peter and then to me. “You’ve got some wit and some balls, whoever you are. If you merge with the symbiote there’s no going back. So, I’m asking you one last time: Are you sure you want in?”

At this point I was standing a couple of feet away from Peter on his left. Peter walked over to me and began to reach in for a kiss when I put my hands up to stop him. “I’m a ‘strictly business’ type man.”, I explained. “I just need enough of the symbiote to begin my conversion that’s all.”

I began to run my hands down the leather jacket; as I did, the jacket became more viscous and slimier. My hands began to move through the slime of the symbiote and I felt it reaching out and covering my hands the deeper I went down. By the time I made it to Peter’s waist, the symbiote slime had covered my hands entirely. I moved my hands down Peter’s thighs, reached around to his cheeks and lifted them up playfully. “That’s for being in my corner.” Pulling my hands away from Peter’s body, the symbiote slime was now up to my wrist and moving its way up my arms. I lifted it up my shirt and rubbed the slime around my stomach and up my chest; putting my hands underneath my jeans I rubbed the symbiote on my legs and thighs. I had done all I could with the symbiote while keeping my clothes on; the only thing for me to do now was to wait for it to take over my entire body, cocoon me, and begin my conversion.

“You sure you don’t want to remove your clothes.” Peter began. “I’d be glad to help you with that.”

“I’m a deminhead and don’t want these jeans ripped up. The symbiote can do whatever it wants with them; I’ll get them back on the end of the conversion.”

The symbiote continued to move across my body, down my legs, up my chest and my arms. Soon it had covered all my body up to my neck; then its tentacles reached out from under my clothes and formed a cocoon around my body. I closed my eyes and waited for the symbiote to cover my head and begin my conversion, but after some time I realized the symbiote hadn’t moved beyond my neck. As I opened my eyes, I heard a voice speak out from the darkness of the cocoon.

“Should I be? Do you really want my fear? That can’t be the basis for a bond with you, can it?”

“Hmm… you seem to understand what bonding with us involves. What do you want from us?”

“I want to help you spread and convert others, but there are certain people I want to target.”

“Policeman, soldiers. I’m basically building an army for you and I want to know if I can have control of them for you.”

“Yes, granted we have some degree of free will to carry out our tasks, but myself and whoever I recruit for you will serve you and spread the symbiote.”

There was silence for some time then the voice returned. “We understand and accept. Prepare for conversion.”

The symbiote then began to move up my chin, covered my head; with that my conversion began. It began to merge with my body and enter my mind. It became me and I part of it. We shared thoughts and in sharing thoughts I could sense Peter and Flash standing in the places they were in the locker room. Peter and Flash for their parts felt me reaching out to their minds; we were all connected, all bonded, all carriers of the symbiote.

After a few minutes the cocoon broke revealing my new self as part of the symbiote. I stood up wearing the black suit like the one I had seen Flash wearing when he emerged from his cocoon; my clothes laid around me covered in the slime of the cocoon. Seeing my symbiote suit on my body and my clothes on the floor I smiled; I knew from here on out like Peter and Flash my job was to convert more people for the symbiote. I looked over at Peter and Flash; Peter nodded approvingly and said, “Welcome.” Flash shrugged his shoulders giving me a begrudging acceptance.

“Thanks,” I replied. “One more soldier in the symbiote’s army.” As I said those words, I pictured my symbiote suit morphing into a black honor guard uniform. The collar covered up my neck, the jacket top was covered with a silver trim that ran around the upper and lower parts of the collar, down the middle and around the lower edge. Five silver buttons ran down the middle of the jacket. The pants were black with the silver trim running down the outside of the legs; they were tucked into a pair of bal-laced patrol boots. A pair of leather gauntlets were on my hands. I looked down and saw that the suit had taken the shape I pictured in my mind.

“Interesting choice of attire.”, Peter remarked. “I like that it shows your commitment to the cause.”

“You look weird.”, Flash griped. “Just wear the leather jacket like we do.”

“I’d rather not, but just to make you happy, Flash.” I pictured the suit as the blue Oxford shirt, denim jeans and black moc toe boots I was wearing before my conversion. I looked around and spotted my backpack, grabbed it, and put my old clothes inside.

“You heading out with us?”, Peter asked.

“Nah, I’m gonna head in a different way and look for some new targets to bring to the symbiote. Besides, it might not be a good idea for all of us to be seen together.”

Peter nodded at the wisdom of my statement. “True, we’re heading out this way. See you around and again welcome.”

“Thanks. Good luck and good hunting.”

With that I parted ways from Peter and Flash. I reached into the pocket of my backpack and pulled out my cell Phone; opening Google Maps I searched for my destination. I saw that if I left now, I would arrive there 10 minutes before it closed. I put my cell Phone back in my backpack and headed out of the gym on my first assignment to bring more people into the symbiote.