Remote Lust - Through the Window

Remote Lust - Through the Window 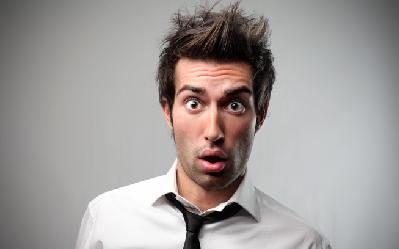 Copyright © 2018 WhatAnInterestingSurprise. All rights reserved. This story may not be reproduced or used in any manner whatsoever without the express written permission of the author.

Jackson decides to use the remote again, after his last incident. But what new features can be explored?

It had been a few days since the incident. Jackson had hidden the remote at the bottom of his underwear drawer, not wanting to use it again until he moved on from that very messy morning. He was just finishing proofreading one of his essays when his train of thought was derailed by a muffled notification sound bouncing around his room.

Instinctively Jackson glanced down at his phone… no notifications. The small melody played again, this time he zeroed in on his dresser. Rummaging through his underwear drawer he made contact with the familiar black remote, its screen alight. In a simple font:

"Hello User, thanks for updating! We update our software regularly so we can provide the best experience! Changes include:

“Okay, this thing has developers then…” Jackson mumbled to himself, turning the device in his hands looking for some logo or identifying features. The smooth black casing gave no answers. “May as well put these updates to the test” he thought, glancing over at his completed essay, " Besides, I’ve done the work, time for the reward."

He marched over to his window, overlooking the campus green. It was almost midnight, the grounds were basically empty. A group of girls were making their way inside the the adjacent dorm building. The remote wouldn’t work on them, not that Jackson would want it to anyway. He waited for a good few minutes about to give up when the shadowy figure of a jogging boy entered the courtyard. Letting out a small squeak of glee Jackson opened his window a crack letting a cool breeze enter the room. He quickly turned the dial to an 8 and aimed at the unsuspecting jogger below. The device let out a small chime, the screen lighting up with an image of the courtyard below, red text lined the top of the screen. “Long range detected, pinch to zoom.” Heeding the text Jackson spread to fingers across the screen causing the shadowy jogger below to become much clearer on screen.

The student wasn’t the hottest guy Jackson had seen on campus but he would do, he wore a loose t-shirt and sweatpants which showed off his butt pretty well. Without another moments hesitation Jackson pressed the bone button on the remote, watching intently. The effect was near instantaneous, the man almost tripped mid stride as a small convulsion shook through his body, continuing on jogging, Jackson stared in fascination as the man’s bulge became steadily more prominent, bouncing up and down with every footfall. He kept running blissfully unaware of the massive boner he was beginning to sport.

The jogger’s ignorance however, was soon broken as the fat tent inside his sweatpants had began to push insistently for release as the constant bouncing of his jogging slapped it against his thighs and belly. He stopped running and grabbed his knees pushing his butt out in an attempt to hide his now massive erection. The man quickly surveyed the courtyard glancing around for anyone who may be watching before quickly reaching into his pants and pulling his rock hard boner above his waistband hiding it in his loose t-shirt and began to jog a a slower pace than before.

“No, that won’t do.” Jackson whispered to himself, one hand in his pants, the other turning the dial to a 10 and pressing the bone button again. Down below another quick convulsion rushed through the man, he leaned his head back and let out a sensual grunt. The slight dickprint at the base of his t-shirt was becoming more and more prominent by the second the head of his dick easily visible from Jackson’s window. Within a few seconds the student’s dick had burst free of its cloth confines pulsing angrily at a perpendicular angle from his body, even from his window, Jackson could see the thick veins webbing the students now giant, and still growing cock. In a panicked attempt to hide his monstrous erection the boy grabbed his dick and pulled it against his chest in a very unusual and erotic hug, he only managed to hold on for a few seconds before his arms began shaking with overexertion and his iron hard pole sprang back down to its perpendicular state, bouncing gently a few times before another pulse enlarged it once more.

The ex-jogger was beginning to become even more panicked, he began to run, massive dick leading the way, towards the building the group of girls had entered 10 minutes earlier. In a quick reaction Jackson turned the dial down to an 8 and pressed the ram’s horn. Jackson watched through the screen as the look of panic fell from the students face, he shook his head a few times before glancing down at his cock again with a hungry look in his eyes. “Oh fuck yes!” Jackson heard the boy shout through his open window. On the screen Jackson watched as the boy leaned in a casual stance against the building wall, licked both of his hands before, half sensually and half ferociously jacking off his vein-webbed prick. The rest of the boys thoughts lost in a fog of lust, all he wanted was to rub his fat cock. “Work that dick…” he mumbled almost incoherently to himself between loud grunts and moans of lust, “Fuck yeah, jerk that big cock - ugh fuck yes!”

After a good minute their orgasms faded away. Panting, Jackson pointed the remote at the man in the courtyard and zapped his cock back down to a manageable size 7 erection. Before laying back on his floor and passing out with a smile on his face and the remote in hand.