Everyone can contribute to this series. Please click "Add chapter" below to add your own chapter to it!
Additional Owners: RotherhamMan

Copyright © 2021 BobbyBlobfish. All rights reserved. This story may not be reproduced or used in any manner whatsoever without the express written permission of the author.

Applicant Background: Just an average Teen Wolf fan. I’m expecting you to have plenty of request like this one. BUT, my genius work in AI technologies allows me to have a lot more money than others. I heard of this service by a friend. I would really like to know who he got through you, if any, but those are very good guidelines against spilling information you’ve got here. 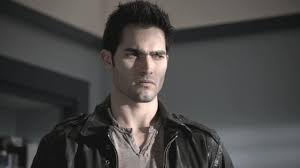 Reason for target: I’m a simple man with simple taste. You show me a brooding bad boy with ANGSSSSTTTT, I love it. You have him play by an actor with such a beautiful booty, radiant abs, a devastating smile and puppy eyes, I melt and fall in lust.

Mean of abduction: Could you please use a tranquillizer dart? Would reminds me of the hunters.

Modification, Mental: I’m going to ask something that might be a little hard to pull off, but based on what you reportedly done for other clients, I don’t think it’s impossible. As stated before, I more interested in one of Tyler’s roles than Tyler himself. As such, I need your team to do extensive research so that Tyler truly believes he is Derek Hale, with appropriate memories, personality, and even little quirks. Obviously, an actor such as Tyler will be able to remember a lot of what he did on the set and the story of his character, I want him to be capable of remembering every scene he was absent as if another character told him.

However, there is a second part to the mental change that I wish for, that would allow for some, let’s say drastic changes in behavior. I want him to remember me as a druid who used his magic to create a potion that made him my personal pet. So, I want him to call me “Master”, to be happy doing whatever I want, and to be a bit dog-like. Rolling on the floor, always happy to see me, no matter how small the separation. No walks, because I plan on keeping him in the house.

Modification, Physical: Well, is it possible to give Tyler/Derek the ability to sprout and absorb body hair? A way for him to wolf out like in the show. I think Derek would be very confused at not being able to transform. However, no need to give him the ability to transform into a full wolf. I’m not into THAT (my apologies if you have furry customers who want their partners to be animalistic in appearance, but… I’ll shut up). I can accept the absence of glowing eyes… If you can, on the other hand, give him the ability to light up his eyes in a blue color, then please! The closer to his role, the better!

I also would need for him to get back the tattoos he had as Derek on Teen Wolf, obviously. This time around, permanent one (if it wasn’t the case already, but I doubt it)

Specifics for training: Maybe it’s something I should put in Mental Change, but could you make sure he is proficient as a bottom or a top? I’m versatile myself, and I want to take advantage of his cock AND his ass.

And, to go with the “role” I want to give him, a trigger that sounds like a spell to give additional changes would be great. Thank you if you can add that.

Specifics for delivery: I don’t care much, as long as it’s discreet. I have a rather remote house, but I’m still near a town. I don’t want people to think there is something shady going on.

Reviews and personal stories: I must say, I am more than thrilled at how much Dibs has been able to reach my demands, that seemed unreachable even to me. I once day received a picture of Tyler being locked on a table, forced to watch Teen Wolf on an old TV set. The TV seemed to have weird glitches, but I presume it was part of the training. I didn’t ask for much information on the training, so I simply received a few updates during the following months, as Tyler Hoechlin was declared missing and a corpse that might be his was found.

I did see images of Tyler becoming closer in shape to how he was a decade ago. Of him walking on all four with a leash, didn’t thought of it when I asked for him to be more dog-like, but I enjoyed the idea, so I simply asked for him to walk with pad, I would buy him some so that he won’t be too hurt.

And then, one day, while I was at work, I receive an SMS from Dibs that he is waiting for me, that they put him in a blue shirt, a leather jacket, sunglasses and jeans, and dropped him a few streets from me. That he is coming to my house. I just have to use the trigger when he is close to the door, and he will come out of his trance as my puppy Derek.

I saw him, recognized him thanks to my hours checking his body on TV, waited he was close, and went close to him to not shout the trigger word, while making sure nobody saw him. But there was indeed no one. Derek became more animated, he was sluggish before, and ran inside my house to take off his close. He also had a backpack I hadn’t noticed, of which he pulled off a leash and pads. I already bought some, but now I can wash them and still put a spare on Derek, so thank you!

Once he was naked safe for his protections and his leash, he crawled towards me and rubbed his head against my crotch, calling me Master without while pouting. I was expecting my boner. I wasn’t expecting to also find him cute. I received a final text that explained the trigger word to put him IN a trance, so I checked what he was believing, and it was great! Exactly what I asked, developed like an actual scenarist took my idea and made it a full script.

I immediately took lube from my room and a but plug. I really wanted to play with him, but I had to do some work. He complained that I was always leaving him alone and wouldn’t leave me, holding my legs against his chest. He was growling that he was always doing what I wanted, but I didn’t care! I had to use the trigger to have him go sit in a corner and alternate between putting the plug in his mouth and his butt, even if I’ve seen since then that he doesn’t need to stretch and completely lacks a gag reflex, thank you for all of this, once again.

Since then, well… Derek has become a great cook. He loves to wear an apron and nothing else. But he also knows being naked or just wearing a leather jacket arouse me so much. He is quite a lewd dog. That wasn’t part of the original programming, but I used “my spells” to make him always focused on sex to an extent. I love seeing him being all horned up. He keeps trying to give me orders, but at the same time, he can’t comprehend anymore that he is the more physically imposing, so he is afraid of me punishing him. I wouldn’t, but I think he is showing signs of trauma because of what Kate “did to him”.

At night, he keeps my cock warm. When I work, he silently does the chores. When I have free time, we go in the garden to play catch with a frisbee, or I fuck him, or he fucks me. He found it a bit humiliating at first, but now, with a few changes, he is catching it with his teeth with the same serious face as if he was in a fight.

I might not have much to say, but it’s because I am still in awe of how capable the team who took care of making Derek my puppy turned out to be. This is incredible. I don’t have a tight pocket, so I will probably try to get my “poor” Derek some companions to play with. After all, I do love a harem fanfiction.

Wonderful service. 10/10. I would recommend having a catalog of examples of what can be done, though. To get ideas for my next acquisition.

Everyone can contribute to this series. Please click "Add chapter" below to add your own chapter to it!
Additional Owners: RotherhamMan
New Comment