A break from this world

A break from this world 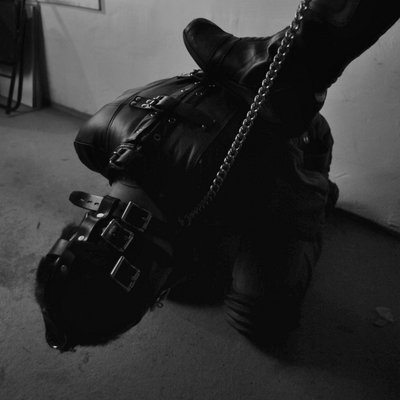 A depressed man just want a break from this world and all its bad news.

While waiting for his turn at the bar, Mark was doom-scrolling on his phone. Bad news, worse news, infuriating news, depressing news, and so on. Interspersed with rare cat pictures. Mark knew he should shut his phone off or at least leave the social networks, but he never managed it. And, as if it wasn’t enough, the social networks provided an echo chamber for Mark personal problems.

“What do you deserve?” asked the barkeep. The Grey Goose surged an angry purple.

Mark looked up and answered. “I deserve a fucking break from this world ! But I’m sure I will never get it”.

Leaving the counter with a Sea Breeze in one hand and his smartphone on the other, Mark went slowly through the crowd. He was sipping his cocktail when he received the first text, from his friend Darryl : “Congrats, bro. Have a nice trip and take it easy!” Mark frowned, not understanding. He drank absentmindedly. Before he could answer, another ringtone in his ear-pods notified him of another text, this time from Lauren : “I’m so jealous ! A three week vacation ! Whose cock did you suck ??” Mark was still trying to get his thought around the texts, when he saw two leather boots arrive in from of him, just below his smartphone. Mark raised his head and saw a muscled man right in front of him. A muscled man all clad in grey leather. The poise with which he held himself, the will behind his eyes, the clothes he wore, the hankies on his left pocket, all of it screamed “Leather Master”, even to the newest of noobs. He spoke to Mark.

"So, boy, did you inform all of your friends, like I ordered you to ?

-Yes, Master." Mark’s mind was still out of order, but his mouth said the words. He didn’t know where they came from.

“Give me your phone, then. You won’t need it. I will keep it out of the way along with your keys and wallet.” Once again, Mark’s body moved on its own, bypassing all conscious thoughts from Mark. The phone went immediately into the hands of the Master, who put it in one of his pockets.

“Good boy. Now finish your drink so that we can start.”

Mark’s hand brought the glass to his mouth and he drank. In the mean time, his thoughts were going crazy. What was happening to him ? Why did his body move by itself ? Who was this man and why was he obeying him ? And what was happening to his clothes ? His head being tilted backwards, he couldn’t see, but he was feeling changes. His clothes were becoming tighter, starting from the soles of his feet and going up. His ankles were surrounded. His legs were suddenly tightly held. Before he could think about it, his crotch was reached, giving him a double dose of flashing pain. His balls and cock felt pinched and his ass felt stabbed. The feeling still went up. Soon, his arms went both up and Mark found his hands wrapped and covering his ears. Yet, the glass was still on his lips and he drank on. His neck became covered too, which was a brand new sensation for Mark. And lastly his head was enclosed.

The glass was empty and left Mark’s lips. Mark couldn’t see anymore, his eyes covered. He couldn’t hear either. Until a click in his ears followed by a voice. “That’s a good boy. You’ve had time to tie loose ends, you’ve had a last drink in a bar, it’s now time to get on with our project.” Another click sent Mark back into silence. Hands came and pressed on each of Mark’s hands, keeping them on his ears. He felt some kind of zip. After both zip were attached, his arms were free to move. He pulled but the hands were stuck against his ears. Fingers pressed on his cheeks and he opened his mouth. Just enough for it to be filled with a rubber object. He felt a large strap go over his lips and around his head, and the object was stuck in his mouth.

A hand rubbing the top of his head and another click in his ears. “You are beautiful, boy.”

Mark’s thoughts calmed down. His mind remembered his new reality : his exchanges and meeting with his new master, his own needs, the desires of his master, the contract that they had both signed. And Mark felt a tug on his neck, which he followed.

Mark had entered the bar as a free man, in jeans and tshirt and was leaving it as a rubber submissive. Although his body hadn’t changed, no-one would have recognised him. He was wearing black boots, a rubber catsuit and leather around his neck, head and hands. His eyes were covered. His hands were tied. His cock was caged. And his ears, mouth and ass were all plugged. When he passed the door out of the bar, his eyes, although closed registered a flash of angry purple light. Of course, he didn’t think anything about it. He was led to a car and sat on the passenger seat. He felt the seat-belt being fastened on him. As well as the plug going deeper in him.

They drove for a while. First in straight smooth lines, then with more turns and potholes. Mark was freed from the seat and pull by his leash. He felt a change in temperature which told him he was inside a house. After three steps, hands on his shoulders made him spun on himself several times. He was pushed several steps in a direction. He was left standing.

“Boy, you are mine. You don’t know where you are, even in the small area that is my house. As discussed, I have removed you from the world. For the next three weeks, I will keep you in the dark, literally and metaphorically. You will hear my voice only in exceptional cases. I will feed you and keep you clean, but on random times. You will never know what time it is, what happens around you, if you are alone or not. You wanted a break. You contacted me for this purpose and I will uphold my part of our agreement. And you will uphold yours : You will be used for my pleasure. Visual and sexual pleasure. I will fuck your holes. I will keep you in bondage and chastity at all times, but most of the time I will keep you as home decor. There to be seen between uses. Let’s start now.”

Mark felt hands on his shoulders, pushing them down. At first he didn’t move, but then he understood and went to his knees. When both of his knees were on the ground, Some thoughts came up. Thoughts from a world where he would never submit like that, from a world where he would be back in his bed for a nice vanilla sex session with a cute man met in a bar. He almost stood up again. He almost struggled to get free.

But, before he could move even a muscle, with another flash of angry purple light that only he could see, those thoughts vanished. He only mumbled what would have been “Yes, Master. Thank you Master.” if he hadn’t been gagged.