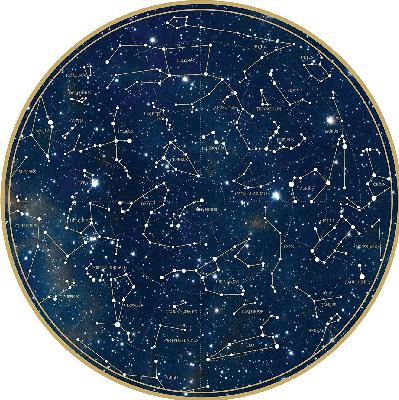 1557 words
Category: Transformation   Tags: #comedy #oblivious #twink #butt growth #male on male sex #transformation #curse #3rd person
Copyright © 2020 time.to.occur. All rights reserved. This story may not be reproduced or used in any manner whatsoever without the express written permission of the author.

Rudy learns that his friend Lucas is a sleepwalker and follows him to make sure he doesn’t get hurt.

Written for a holiday story exchange. For Kuro, with thanks for many a lovely roleplay scene and for bringing together such a fun group of writers.

Rudy remembered being told that Lucas was a sleepwalker. What he had not been told at the time was that Lucas slept naked. He would not have minded much, except that at that moment, Lucas was sleepwalking right out the front door. Not wanting to lose track of his very vulnerable friend, Rudy grabbed a housecoat from the back of Lucas’s door, slipped on his trainers, and ran after him down the street.

Lucas seemed aware enough in his trance-like state to realize that someone was chasing him. However, he was also asleep enough to think that Rudy was some kind of monster or enemy trying to catch him. So Lucas took off at a full-tilt, dick-wagging run. With a sigh, and with gratitude that he had put on a good pair of shoes before leaving, Rudy took off after him.

Eventually, Rudy decided to slow down so that Lucas would think that the heat was off, and followed the blond twink from a distance. Lucas walked with a clear purpose. He seemed to be headed toward the copse of trees at the edge of town.

As they approached, it became clear that Lucas was not the only person headed that way. there were at least a dozen smooth, cute, hairless young men who arrived at the tree line as Rudy watched. Too curious for his own good, Rudy approached the clearing beyond the trees. Lucas seemed to be one of the last ones to arrive. As he picked his way cautiously through the woods, careful not to step on any errant leaves or branches, he heard low, rhythmic chanting.

“…I’m on the right track, Daddy…I was born this way-hay-hay-hay.”

It seemed that Rudy had caught the tail end of this part of whatever strange ritual he was witnessing. The twinks, for twinks they were, were standing in a circle. Now, two of them came forward and began to kiss in the centre. They seem to be grappling for some kind of twink supremacy: each was trying to get the other to take the lead, and they were twisting lithely, trying to show each other their tempting asses.

Rudy was fascinated but also more than a little confused about what was going on here. Though there was individual variation, each man in the circle seemed to be no older than his mid-to-late twenties, each with beautifully kempt and styled hair, often with glistening highlights and some kind of product to keep it nicely in place. Further, each of them had the sleepy look that Lucas had been wearing when he left the house. As Rudy watched, the kissing-and-grinding action at the centre of the circle grew more intense, and then suddenly there were three men making out, soon followed by a fourth. Eventually there was just a pile of twinks at the centre of the clearing. It was an orgy, there were no other words for it, and Rudy found that he did not want to look away. The writhing mass of bodies, of questing hands, wet tongues, hardening erections, perky nipples, and delightful bubble butts made for extremely compelling voyeurship.

This went on for hours until the first rays of the Sun peeked out from over the horizon. At that point, in an orderly fashion, the twinks helped each other up, brushed each other off, and left. By the time that Rudy got back home to Lucas’s house, Lucas was cooking eggs and ask him where he had gone dressed like that in his night clothes. Rudy smiled and gave a vague answer about watching the sun rise.

He went upstairs to shower, thinking to himself, What the fuck just happened?

It was after this that Rudy noticed the preponderance of twinks in their small college town. Sure, the greater number of students accounted for the number of young men, but there were a lot of lithe young gay men who seemed to want to accent their youth, their wild and dramatic natures, and their excellent gender-expanding, booty-short-filling fashion senses. Had the town always been that way?

Rudy fancied that he recognized some of the local twinks from that night in the forest, but it had been dark and he could not exactly inquire about their activities. He also never managed to work up the courage to ask Lucas about it, even though they had been friends pretty well forever. Rudy thought that what was stopping him was the fact that the whole situation had been such a turn-on. Should he have tried to stop his friend from participating? Why did Lucas’s legs carry him there that night? Would it happen again?

Careful, surreptitious research at the local library and other local sources turned up nothing. So Rudy was forced to wait. Wait and prepare.

A month later, just when Rudy was beginning to convince himself that he had dreamed the whole thing, inspired by the delicious twinks that seemed to have taken over the town, it happened again.

This time, Rudy knew what he was about. Knowing where Lucas was going this time, he did not have to trail him in order to find him. When he arrived at the clearing, the first of the twinks had yet to show up. Using equipment from the hunting store, he camouflaged his newly acquired tripod and camera, and settled in to catch it all on film.

It began as before with the chanting. The circle appeared to have grown larger in just that month since the last time that Rudy had seen it. He cursed himself mildly for not attempting a headcount last time, although upon reflection, that would have been difficult given that there was just a pile of fucking bodies by the time that he had a good view. This time he would collect as much evidence as he could.

Fixated on the scene, Rudy wasn’t sure how long it took him to realize that the camera was not running and that the battery needed to be changed. He fumbled around in the dark, not wanting to turn on his flashlight in case one of the twinks noticed. With a sudden yelp, Rudy tripped over his bag in the underbrush and pitched forward directly into a sleepfucking Lucas in the centre of the circle.

Rudy tried to disentangle himself but it was as though the twinks could somehow smell him and his outsider status. Something like 50 heads turned to look at him, and they all rose to their feet, surrounding him. Three of them held Rudy still while three more tore the clothes from his body. Lucas was standing before him, looking confused but awake. Maybe Rudy’s falling on top of him had pulled him from his trance.

Lucas blinked at Rudy for a moment longer before looking up at the sky curiously, the light of the full moon reflected off of his dilated pupils, giving him a queer, eerie look. He placed his hands on Rudy’s shoulders. Rudy, for his part, was frozen to the spot, even without the surprisingly strong twinks who had him in their grasp. It was then that Lucas leaned over and licked from Rudy’s clavicle up to the cup of his ear. Rudy let out a moan.

That was when Lucas bit him! Rudy gasped in surprise, his eyelids fluttered, and he blacked out.

When Rudy woke up the next morning, his limbs were intertwined with Lucas’s, and they both lay naked in Lucas’s bed. His entire body was sore, and he appeared to have lost all of his body hair from the eyebrows down. His hair felt slightly sticky as he ran hand through it. Lucas was still sleeping, so Rudy rose to his feet, and went to find a mirror.

Thankfully, he thought to himself, as he brushed his platinum blond hair and gazed into the mirror, it didn’t seem as though anything was amiss. Humming a bright and poppy tune, Rudy took his morning shower. As he dressed, he realized, with embarrassment, that he had accidentally taken someone else’s clothing last night. Thankfully, the light blue booty shorts with the pink Ring Pop candy on the front fit his ass just fine, and it was plenty warm that day for the accompanying crop top.

He promised himself two things: firstly, that he would return these clothes to their owner at the soonest opportunity, and secondly, that he would go shopping for something just like it that very afternoon.