No exit part 2, the Devil’s owned 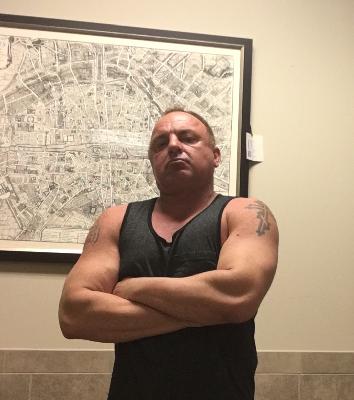 No exit part 2, the Devil’s owned

1149 words
Category: Powers & Magic   Tags: #filth #musk #muscle #possession #change #leather #piss
Copyright © 2020 Jeep. All rights reserved. This story may not be reproduced or used in any manner whatsoever without the express written permission of the author.

Our demon begins his search for his lost soul

The funny thing about being in Hell is that there is no concept of time… your torture could have just begun or it may have been going on for eons. This is true even for demons like me. Upper management was not happy that a soul had escaped, so I was basically demoted to desk duty for a while, or centuries, I couldn’t tell, but I spent so much time tracking purchasing requests from other demons for plagues, and wars, and garden variety crimes that I thought I would never get out… but eventually, I found myself in the city where I’d lost you. The seasons had definitely changed, but it didn’t appear that too much time had passed.

I knew the perversions and fetishes I had nurtured in you so I began searching for that young paramedic’s body in bars and bathhouses, gyms, tattoo parlors, and dungeons until one day I found him, or what was left of him, now the pup slave of a particularly sadistic daddy, his intellect gone, his aura shattered, his body functioning only at base levels. I had only seen similar things a few times when beginner demons pushed too hard, too fast. At first I thought you might have leaped into the daddy, but his aura was solid blood red, and his fetishes were natural to him. The best I could hope for was that if I followed this pair I might find you in one of their regular haunts, and more importantly might find a body to occupy myself. Being corporeal gave me a better chance of picking up the peculiar scent of the damned, so I was anxious to make the leap. Unfortunately, I didn’t have the luxury of time, I’d have to go “off the rack,” choosing someone who was well on the way to Hell already, and giving them a nudge or two down the way…I found him pissing in an alleyway, clad head to toe in leather, a Maduro glowing in his lips, his thick muscles covered in swaths of dark, curly hair, and best of all, an aura dark and stormy as a summer hurricane. He was the definition of a brute and just the type you’d love to exert dominance over. He’s finishing his piss and shakes his beer can cock… just before he shoves it back into his tight black leathers, I slip past the PA and make my way up his dick. I know corrupting innocence is my job, but damn his essence just feels so good as I experience the remnants of that piss redolent of good whiskey and stout beer, I chub him up a little as I take in the scent of his sweaty, unwashed dick and leather, and the heavy smoke of the cigar… I don’t usually lead my possessions into smoking since that just adds to my torments when I’m between corruptions and I can’t enjoy the heady flavor of death that tobacco imparts, but two seconds in this body, and I know I’ll rarely be without a gar if I can help it. I take a ramble around your mind, your kinks and fetishes are almost custom made for me, and your bestial cruelty, well, it’s a hell sent natural gift of yours. I relax my way into your mind firmly taking root as you push past the bouncers back into the club. Together we survey the scene, nothing but posers and wanna bes, we decide. A few even have the ice white glow of fear radiating from them. A couple more shots, and we call it a night, knowing there’s nothing here for us tonight. We call a well broken boy and punish him for our pleasure, until he makes us momentarily forget our unhappiness.

It’s been almost a month since I landed here. My host has been most accommodating, and if I didn’t have a mission, I’d happily stay here for the rest of his life, but time is wasting away. If I don’t find you soon, I will have to move on to another city, another host. I’m almost resolved one night when I’m elbow deep in some little twink, when I smell you, the scent of a rotting soul bound for hellfire. I look around the dim light of this dungeon until I catch a glimpse of you.

You’ve chosen much as I might have expected. You’re shorter in this body, maybe 5’9" on a good day, and you didn’t stray far from your true age, in fact you may be slightly older, judging by the streaks of dirty white in the beard that cascades over your broad, full pecs ending midway down your ball gut. Your body is the body of a laborer or perhaps a powerlifter, thick with muscle and fat, your neck nonexistent buried in thick traps, your ass wide and full beneath your love handles. You are clad in jeans caked in piss, grease, and filth, a pair of combat boots that are similarly filthy, and a derelict leather vest. Did you discover that as that lovely paramedic as you used up his essence, not understanding how to handle the occupation of another that when it became apparent that your first body was failing you gave off an odor of decay and as such chose this body as camouflage? Was this perhaps just a quick jump for you chosen indiscriminately? Or was this maybe who you really wanted to be, no beauty, no grace, no obedience to societal constructs, just an instrument of power, depravity, and lust… could I have done my job that well? Our dick grows hard at the thought… but two things ring clear, you don’t understand that Hell is a numbers game, and the loss of your soul is throwing off my quota, and secondly that if you don’t moderate your power you will leave this body a burned out husk like you did the paramedic, functioning in some mindless loop of depravity until it died somewhere years later. The signs are already there if you look, the fevered complexion, the sensitivity to even the dim light of the dungeon, the pungent musk that emanates from every pore…I watch you as you put your pig into a sling, and the ways you humiliate it. If I wasn’t so pissed at you for this whole episode I would really applaud your thoroughness in your work on the pig. As you mercilessly ram your cock into that otherwise useless piece of humanity, I walk up behind you. I gently press my bulk against your back, wrapping one leather clad arm closely around your neck, half choke hold, half embrace, and whisper in your ear,