Everyone can contribute to this story. Please click "Edit" below to edit it, or "Add chapter" to add your own chapter! 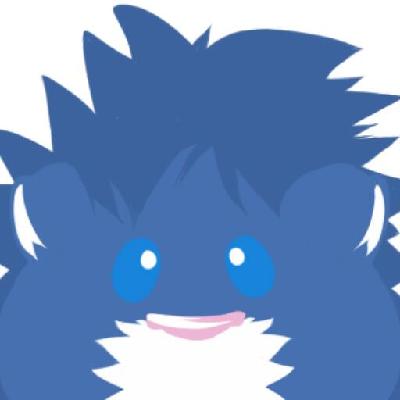 1291 words
Category: Powers & Magic   Tags: #powers & magic #mindwipe #mind control #straight to gay #family #amulet
Copyright © 2019 Math_Reez 💙. All rights reserved. This story may not be reproduced or used in any manner whatsoever without the express written permission of the author.

Sam faces the consequences of not listen to his father. Will decide to ‘expand’ his fun with some new guests.

This is a choose your own adventure story, where I put the set up and you guys write what happens next in the edition section, lets make the longest story here(?), so I could add it as a new chapter/option path. At the end of each chapter you should put at least 2 option. You can make more than that or write an option that is not listed (remember, those are suggestions, not mandatory).

For those who don’t know, lets put an example: Tim finds a magic rock, he tried on his friend just for fun playing and his friend complied, so he decided: A. Make him strip B. Try it on the coolest guy on college.****

And yet you write about Tim falling on the ground and the rock goes near his friend, then that friend would pick it up and use it against him. Making him do: A. Dance naked B. Forgive him and go together to control the bully on the neighborhood C. Use the rock to enslave Tim’s dad.

Etc. The limit is your imagination. One path could have humiliation while the other one just plain vanilla, or not, your call. But remember: What you write needs to have at least 400 words. More than 1 path can be made, like chapter 2.B and there would be chapter 2.A too.

Sam was looking in all the drawers in his room, but the pendant wasn’t in any of them. He then decides to go to Will’s room, but as soon he opens the door his father was blocking the way.

“I TOLD YOU TO GET DOWNSTAIRS! WHY YOU CAN’T FOLLOW A SIMPLE ORDER?” and with that Sam’s dad punch him in the face. It wasn’t a strong punch, so it won’t let any mark in his face. But then a second one in the stomach make Sam go to the floor breathless. Then Sam’s dad just took him and carry him downstairs. “NOW YOU WILL COME WITH ME.” Before they go outside, he faces Will, who was still getting a blow job from Mike. “We go to Grandpa’s house for some things for the funeral. If your uncle Jeff arrives, go with him to the funeral”.

Will was too busy to really pay him any attention, so he just continues getting pleasure from Mike.

He remembers his uncle Jeff, as the younger son of the family he always been a man with a soft personality, something very different as he was the bigger man in the family. He may be not as muscular as his father; in fact, he was more a chubby man. And he was, in fact, a very submissive man, always bossed around from his father and his older brother. And then he married Krystal who was a beautiful woman and even worse than his family, always bossing his Uncle and his son. Will always think about fucking her in his teen days, and even now she was a MILF. But since he was gay now, he could see that she was just an annoying bitch.

Then was his cousin Robin. It was clear he got all the genes from his mother. Blond short hair always styled in a clean way, bronzed skin and blue eyes. He was also in good shape, just like Will, because his mother makes him be in sports teams. But you can see he got his father personality, always submissive to his mother orders. Will always this it was a shame to be related to someone like him. But now he could fix all.

“Hello William” said Will’s aunt Krystal as she enters the house followed by his uncle and cousin who just give a shy ‘hello’ to Will. “Why take you so long to open the door? We wait for 5 minutes before you open! You know that’s rude from…”

Before she could continue Will took the pendant in front of them, they enter into a trance. Mike, who hides from them got out.

“So, you can really hypnotize them with that pendant? Amazing! Do you think I could play with your cousin? He is really hot” Mike said as he tries to approaches him, but Will stop him before he could.

“You will, but first let me work on them. Besides, if you go near to them you could also get hypnotized by the pendant, remember?” Mike just make a dumb smile and say ‘oh yes, silly me’ and let Will continue with the plan. “Aunt Krystal, you will leave this house and never come back. You will take the car and go back to your place, take everything you need and escape from uncle Jeff and Robin, since you can stand being with them anymore. Uncle Jeff and Robin, you will go to the sofa, wait for me, and ignore the nude guy in the house”.

After getting out of trance, they move as Will told them. He checks his aunt takes the car and leaves. When he goes back to the house, he found them on the sofa and next to Robin was Mike feeling his chest, arms and the bugle in his pants. Robin for his side was starting to get a boner, and Will could see he feel ashamed and confused about that. Will took the pendant ant the three men got in a trance.

Now the real fun can start. What should I do with them? Make Robin a master and uncle Jeff a submissive slave? Some generic father-son incest love? Maybe some arrangement like me and dad with him gay and uncle just a supportive father? And what to do with Mike? I love him, but I told him to wait and he isn’t following my orders. And I hate that more than anything!

Everyone can contribute to this story. Please click "Edit" below to edit it, or "Add chapter" to add your own chapter!
New Comment