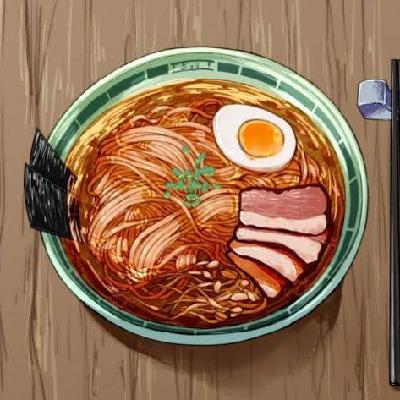 Series: Stick To Your Decisions: The Deal
Prev Chapter
Ch. 1
Next Chapter

2090 words
Category: Reprogramming   Tags: #reprogramming #nanites #3rd person #oral
Copyright © 2020 Dat Spicy Ramen. All rights reserved. This story may not be reproduced or used in any manner whatsoever without the express written permission of the author.

Lee could have anything and anyone, but why couldn’t he help himself when he’s around Charlie?

This story is a direct sequel to “The Break-In.” You don’t need to read it to go straight into this one though (I hope). Hope you guys enjoy! Feedback always welcome.

“Yes, Lee. I love you with every fiber of my being.” Charlie smiled a beautiful smile. Lee snickered ruefully. Such a marshmallow, he thought.

“Why do you love me?” Lee held his breath.

“Because you ordered me to, “ Charlie said, without a trace of irony. Lee exhaled loudly. He knew it was coming.

Charlie was pumped full of nanites. The nanites aren’t Lee’s creation, but they were certainly his now. And he used them however he saw fit. He used them to control people, body and mind.

The thing with being able to achieve perfect control though was that things got boring pretty fast. He once had a small suburb entirely within his control. He could enter any house and fuck anyone in there with no consequences at all. Sometimes he’d even let them enjoy it. That was fun. For a while.

Lee snapped his fingers. It had no purpose other than to bring himself back to the present. Here. In front of this hulk of a marshmallow who loved him with every fiber of his being except in reality.

Charlie looked up at him in alarm. The very thought of Lee being upset was enough to send him into a mild panic. “What’s wrong, my love?"

A multitude of emotions flashed quickly through Charlie’s face as his sense of reason came back in full force, clashing headlong with all the sick and depraved things he was subjected to in the last few days, along with the memory of his capture. In the end, he just looked like he wanted to throw up. Lee just sipped on his glass, waiting patiently.

After a few moments, Charlie tried to compose himself. Not wanting to look at Lee, he busied himself observing his surroundings, orienting himself with the present. They were in a restaurant. One of the fanciest in the city. One of those places where the waiters were all in suits and half of them were delivering flutes of wine to tables with obviously people of influence. He recognized half of them from the news.

There was a large open ballroom space in the middle of the room, a grand piano being played off to the side. On the far side of the area, there an exit to a balcony. It was night time. Their own table was situated at a raised area, obviously reserved for the snootiest of the already snooty crowd.

He looked down at himself. He was dressed to the nines. He remembered putting it on, but it barely registered at the time. Under the Love command, almost all his thoughts were on how to please Lee. Barely anything else mattered. Not the kissing, not the licking, not even Lee’s dick in his ass. He never felt that good in his life. And now he was back, he was himself again. And everything was worse.

When he no longer felt like throwing up, he looked at Lee, in what he hoped was a commanding manner. “I suppose there’s no use in running away.”

A wry grin appeared on Lee’s face. “Well, you could try. The only commands left on you are not being able to lie or hurt me.” When Charlie’s eyes narrowed on him, the grin disappeared and he waved a hand dismissively. “The waiters here will tackle you, and bring you back here if you attempted to run. Don’t look at me like that, I can’t just let you go.”

“Yeah, you can.” After a moment he added, “All the waiters here are under your command?”

Charlie brought a fist down hard on the table. “You do NOT own people! You don’t get to do that!”

All eyes on every table were momentarily on them. Lee gave them all an apologetic shrug, and they eventually all turned away. Though some gave him some nasty stares.

“It’s a manner of speaking, Charlie. They get paid. Handsomely, actually. As handsome as they are.” Charlie looked around and noticed for the first time that all the staff were male, and indeed, handsome. They would look at home in an Abercrombie store.

Charlie pulled back and forced his fists to unclench. “And you have your way with them.”

“And I have my way with them,” Lee nodded. One of the staff suddenly appeared by their table, offering Lee more wine. Lee gave him a wink. The man responded with a wink of his own and a grin as he poured. Lee gave his cheek a quick pinch and a playful slap, and the man walked away with as much joy to his step as composure would allow in the establishment.

Charlie was not amused. “That’s sick. How can you live with yourself?”

“Charlie, don’t pretend you’re on some moral high ground. You broke into my home and were willing to beat me within an inch of my life to get you what you wanted. Would you even have blinked if you ‘accidentally’ went too far and I took my last breath on the floor of my own kitchen?”

Charlie grunted and hung his head. He was still under the Truth command. “No. I wouldn’t have.”

“Then why would you do it?”

The silence hung in the air, growing thicker by the second. After several seconds, Lee clicked his tongue in exasperation. Charlie raised his eyes to meet his.

Lee cocked his head, then swirled his glass. “I need to decide what to do with you, Charlie.”

It was Charlie’s turn to be surprised. Lee snapped his fingers, this time to get the attention of the waiter who poured him wine. The waiter jumped to his side, smiling warmly. He was in his early 20’s, his hair on the verge of unruly even though it was obvious he tried to tame it before his shift. He had the look of an excited puppy, wanting to please his master. Lee whispered instructions to him.

The boy nodded, and in a flash, too quick to register by a casual observer, he was under the table. Charlie grunted as he realized that the boy had made a beeline to the space between his legs. He was too stunned and didn’t realize in time that the boy was already unzipping him. It was only when he felt drool on his cock before he even thought of pushing the boy’s head away, but it was too late. His cock was in the boy’s eager mouth.

Charlie squirmed, trying not to make a scene. It occurred to him very briefly that the whole situation was ridiculous. Why was he trying to protect this boy from the prying eyes of the city’s most elite and powerful dining around him? He kept pushing his head away, but the boy was persistent.

Lee looked amused. The scene was almost comedic. “You could just sit back and enjoy it.”

Charlie looked at him furiously. Or at least he tried to. It was very difficult, what with this boy between his legs trying his best to please him. “Fuck off, Lee. Get him off me.”

“Command: leave him alone and let him do what I ordered him to do.”

Charlie snarled, but he let himself be carried by the command. He sat up straight, like a boy that got caught passing notes. He suddenly discovered that he had his own glass of wine on the table and he seized it, downing it in one gulp.

Lee tittered. Charlie wanted to punch him. “He has a very skilled mouth you know,” he said. “Are you hard right now?”

Charlie squirmed. It was all he could do not to show how much pleasure he was getting. “Yes. This is your fucking doing.”

“Tut, tut, tut. That couldn’t be mine. There are no commands on you except Truth.” Lee sipped at his glass. “Is it really so hard to accept that you’re getting off from a man’s mouth?”

Charlie grunted. The boy’s tongue was doing something amazing to the head of his cock. He knew he was leaking like a tap down there. The boy was not subtle with his slurping sounds. Charlie was grateful for the guy on the piano. What the fuck was happening to him? He may be under Truth, but he could choose not to answer. He just stared menacingly at Lee. At the same time, he couldn’t help but grasp at the tablecloth to suppress his moans.

“Thank you, Adam,” Lee said to the boy. He waved a hand and dismissed him, and Adam scurried away with an extra skip to his step.

Charlie found his bearings, though he was still panting. “Why the fuck did you make him do that?”

Lee snickered and shrugged at him. “I wanted to see something for myself.”

“Yeah? And what the fuck did you see?”

Lee looked at him, unbothered. “I saw why I fell in love with you.”

Charlie’s eyes grew wide. It was a moment before he could react further. And even then, all he could spit out was “What?”

“Yes, I know. Ridiculous, right? I could have anything, anyone, any how. And yet, here I am. Here we are.” Lee swirled his glass. Charlie could not decipher the look on his face properly.

Charlie grew angry. The orgasm haze quickly dissipated. “Is that why the fuck we’re here? You want this to be some sort of love story? This isn’t some fucking love story, this is some depraved psycho shit. You are sick. You need help. You deserve to go to fucking-“

Before Charlie could finish his train of thought, he became aware of a sudden silence. It took him a moment to realize that the pianist had stopped playing. It was another moment before another melody took its place. A melancholy, sad tune. By then, his thoughts had imploded. He realized that he was at the complete mercy of this psychopath. He remembered how it had broken other men before him. The people Lee had mindfucked, including his friend Kevin. He could feel that weight on him now. And he will not fucking yield to it.

He turned his head to Lee, wanting to give him a great big fucking piece of his mind. But Lee beat him to it and stood beside him, offering a hand.

Series: Stick To Your Decisions: The Deal
Prev Chapter
Ch. 1
Next Chapter