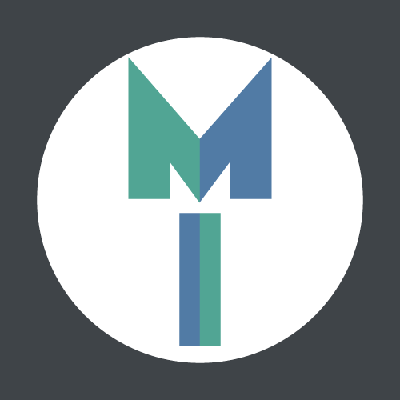 1424 words
Category: Hypnosis   Tags: #pecs #muscle #cock growth #butt growth #technology #jock #muscle growth #college
Copyright © 2019 MeddlerIncs. All rights reserved. This story may not be reproduced or used in any manner whatsoever without the express written permission of the author.

The coach has his hands busy

“Ah, Cody,” Coach Gonzalez said as he saw the jock walk in. He noticed the dazed expression and eyed the tent in the shorts. “Do what do I owe the pleasure?”

“Need to be milked, sir,” Cody said lazily. His hands twitched towards the tent, but they stayed put.

A slow smile crept over the coach’s face. “Oh? Then tell me what you did to deserve it?”

As Cody told the coach what happened, he felt his mind clear further. The voice that stayed silent during the session with the other coach came back in full force, yelling at him to get out and report this to the authorities.

“You did well, moocow,” the coach said, and Cody realized he finished the report. He felt a small stab of gratitude at the praise. “I expected this to happen a bit later, but being with Bulde must have hurried the time table a bit. Ah, no matter. He’ll be rewarded in due course.” He rose from his seat and looked at Cody. “Listen. Focus. Obey.

“Awfuck,” Cody breathed out. The internal voice was growing louder. “I…I need to…” Why was it so hard to say he had to leave?

“You are not going anywhere, moocow,” the coach said, going around to close the office door. “Not that it matters, though.” He went back behind the desk and opened a drawer to pull out a chained medallion. “Even if you were to leave, I’d only have the other bulls, aha, herd you back in.” He smiled and held up the chain.

“Listen, moocow. Obey the Herdmaster.” He began to twirl the metal between his fingers. “Focus on the shine. Soothing, isn’t it?”

“You’re already relaxed. It is easy to relax in front of your Herdmaster. So easy. So right. So easy to get more relaxed, more focused.” He stepped closer to Cody, still twirling the medallion. “Every breath gets you more relaxed. You feel relaxed, right, moocow?”

“Yeah…” He felt the inner voice slowly quiet into a murmur, then slipping to nothing.

“Good moocow.” The coach stopped twirling the chain and put it on the desk. “Good. We shall begin the next session. We will make a bull of you yet.”

Cody felt his cock twitch, and he smiled blissfully. “Yeah. W-wanna be a bull,” he babbled. “Like the coach.”

“We will do that,” the coach said, the voice smoothing more. “But you need to be a good moocow first.” He placed an arm around the jock and led him to the back room. A few chairs were already occupied by guys with various builds and ages. Helmets with silvered goggles covered their heads.

“Now,” he said to Cody as he led the jock around the equipment. “Tell me. What do bulls do?”

An image of Bulde flashed through Cody’s mind. “They give milk, sir?”

Gonzalez nodded. “Good moocow. Yes, they do. What else do they do, hm?”

“Er…” Cody saw himself at the squat rack. “They lift?”

“Close enough, but yes. All bulls have to show to the world that they are bulls. That means they have to get thick and massive.” They stopped in front of a cage of wielded iron and padded leather. Harnesses were dangling from the bars.

“This is the next phase of the training.” He looked at Cody. “Are you ready to be a good moocow and obey?”

The answer leapt from the jock’s mouth. “Yes!” His breathing got heavier, his cock harder. “I want to be a bull, sir!”

“Good moocow.” The coach reached down to grope the rock hard cock, causing Cody to moan deeply. “Hm, we need to get you thick and massive here also. A bull needs to show how virile he is. You’d like that, wouldn’t you?”

He nodded and let go. “I thought so.” He took a step back and snapped his fingers. “Obey!”

“Take off your clothes and step into the cage.”

Cody quickly complied, tossing his clothes into a pile.

“This will only take a few moments, moocow,” the coach said as he started to strap the harnesses around the jock’s arms and legs. He then went to a squat container and picked out two rectangular plastic bags, one filled with blue liquid and the other clear.

Cody’s eyes went wide. “What are those?”

“Things that will help you be a bull, moocow.” The coach hooked them along a tall metal stand and readied two IV needles. “Relax!”

A wave of lethargy swept over the jock, a wave so strong that he didn’t notice the coach slip the needles into his arm until he saw them sticking out. “What in the world…?”

“You’re such a good moocow,” the coach said, interrupting Cody. “You did well today. For that, I’m willing to give you a reward.” He picked up an oversized motorcycle helmet bristling with wires, the front silvered glass. He slipped it over Cody’s head.

“Sir?” Cody tried to fight the drowsiness. “What is going-“

The coach turned to a laptop the helmet was attached to and turned it on. “Focus!” he barked. The screen flickered on, showing another snowy static screen with a red dot.

“I…” The rest of the sentence trailed off as Cody focused on the dot, his mind going blank and supple.

“There,” the coach said. He stepped back and nodded in satisfaction. “Another bull in the making.” He grinned widely. “And another stud for my studies!”

A buzzing interrupted his thoughts, and he turned back to the group he passed by. One of the laptops was edging towards the last rapid minute on the timer.

“Ah, chairman, looks like you’ll be ready for your next discussion.” The static screen flickered off, and then another stream of code slid upwards before turning off. The coach waited a moment before he slipped the helmet off. A man dressed in a suit and tie blinked dazedly at the coach.

“If you could follow me to the front, sir?” the coach said. He gently picked the man by the arm and led him to the outer chambers.

“And so, sir,” the coach said when they were comfortably seated, “now that you have tried the machine, how do you feel? Relaxed? At ease?”

The official nodded slowly. “Indeed, Mr. Gonzales, indeed.” He blinked a few more times and gazed at the coach. “I can see why the wrestling team would benefit from this ingenious device.” He nodded again. “Quite remarkable.”

“And now,” the coach said, pulling out a small liquor bottle, “a toast to the future of the team?” He took out two small shot glasses and poured a small amount in each.

“I do not drink during work hours,” the other said, but he shrugged. “Still, a small tipple won’t do harm.” He took the glass and sipped slowly. “It is strange, though.”

“Hm?” The coach leaned back in his seat.

“I am trying to remember why exactly I came here for. Something important.” The man screwed up his face for a moment, but then he shrugged. “It will come back to me, I’m sure.”

“Nothing important, I’m sure,” the coach corrected. The officer slowly nodded, his face going slack for a moment as the suggestion took root. “Isn’t it nice to know it wasn’t important?”

“So then, you will head over to the dean and tell him that it wasn’t important?”

The man grinned widely. “Indeed, sir.” The officer nodded vigorously, and put down his glass. “In fact, I will go to him right now, and tell him that it wasn’t important.” He stood up.

“Of course.” The coach also stood and extended a hand, which the officer shook. “You will tell him to come over personally to try out my treatments?”

The muscles on the man’s face twitched. “Indeed,” he said. “I will make sure to bring him here.”

“Excellent.” The coach went and opened the door. “I think that concludes our business here. Feel free to come over anytime, sir.”