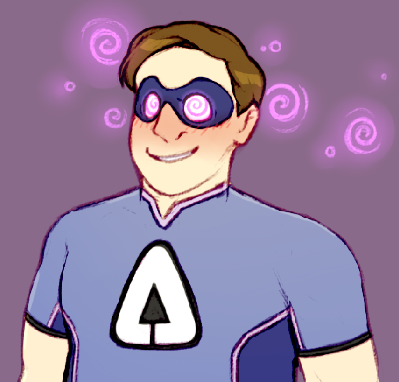 1132 words
Category: Brainwash   Tags: #unaware #technology #subliminals
Copyright © 2020 EntrancedGay92. All rights reserved. This story may not be reproduced or used in any manner whatsoever without the express written permission of the author.

For Jake, it’s another regular day at work until he receives a strong phone call.

**Author’s note: I greatly appreciate the feedback from chapter one. I know many of us, myself included, come here for a story with a quick ‘pay-off’ but I hope you continue to enjoy the slow build up I’m aiming for. Thanks to “Captain” for some suggestions on pacing for this chapter. **

Jake was starting to feel the stress of keeping his establishment opening while trying to perform cosmetic upgrades. Sure he didn’t need to bother with them. He had one of the most successful sports bars in town, it was filled to capacity every Sunday with drunk rowdy men. Still, he wanted to make sure his loyal customers kept returning. That’s one reason he had the genius idea to install the mini televisions in the bathroom. Yeah, it required a bit of extra time to keep them clean and sanitized, but they were consistently noted in guest surveys as a unique offering and a main reason the male patrons kept returning. But when he priced out the replacements for them, he was dismayed at the exuberant price. How could something so small be so expensive? All seemed lost until one early afternoon. He received a page from the host that a businessman wanted to see him. There was no one on the schedule but he went out anyway. Jake couldn’t believe his luck! This man was from the local electronics store and was offering an amazing deal on mini televisions; with no hesitation he walked the man back to his office.

It had been about an hour since I left Jake in his office and I was beginning to wonder if the programming had failed. Typically it shouldn’t have been this long before the recipient of the program mindlessly sent me their number. But then I remembered this was the first time I had actually used it on someone; maybe it took longer than anticipated. Finally after another half hour, I got a notice; he reached the end of the initial programming session and entered his number. Excellent, I thought to myself. Now comes the true test of strength.

About two hours later Jake emerged from his office feeling extremely relaxed and chipper. He had no idea that he had just been subjected to two hours of hypnotic reprogramming or that he had made the proverbial deal with the Devil. The evening diners were beginning to trickle in and his opening shift was winding down. Colton, the closing manager, had just arrived and Jake was sharing the good news about the deal he was offered. In the middle of the conversation, Jake’s phone rang. He didn’t recognize the number but stepped aside and answered anyway. No sooner than he said hello the voice on the other end muttered a phrase. Initially confused, Jake asked for clarification. Once again the voice said “Sports Bar Boy” and Jake’s expression instantly changed. His eyes glazed, his face slack, and he sported a not so subtle boner. The strange voice on the phone instructed Jake that he was to gather his belongings, leave work, and come drive to a house across town. Jake had no choice but to respond in a monotone voice, “Yes, Master. I understand and accept.” Still in trance Jake turned to Colton, told him it was time to leave. Out of the bar and into the car Jake went, straight to his Master’s house.

Waiting for Jake to arrive was one of the most grueling moments of my life. I hadn’t been this thirsty for someone in months. I wasn’t entirely sure that playing on day one was the best choice, but when cock takes over the brain it’s hard to resist. The doorbell stirred me from my own little trance, I opened the door, and there he was; I almost shot my load with the door wide open. You see, for me, I get aroused just as much seeing a guy deeply hypnotized than actually “doing” something to him while he’s mindfucked. I uttered his trigger as he closed the door. “It’s so good to see you again Jake” and the only thing he could muster was “Yes, Sir, it’s good to see you too.” I walked him to the living room where I just happened to have some additional brainwashing equipment set up. I knew I had to navigate the next few hours carefully, even if it meant holding off on the sexual fun. But I was surprised to see how deep he actually was.

I sit him in the recliner and waste no time putting headphones on his ears. I needed to reinforce the conditioning from the program on a more intimate level. He sat in the chair slack jawed for a good half hour. It was time to boot up the visual component of the program. This one was more potent than the one from earlier as embedded within the spirals were commands to “edge, submit, obey.” Edging brings one deeper into submission and Jake was no different. I began edging myself while I gazed on his glistening body, into those gorgeous glassy eyes, and his hard cock. After about two hours, it was time to start wrapping up the fun. I removed the earphones and began to give him a new set of instructions. The day after tomorrow, the new television screens were going to be installed (for reasons I won’t bore you with, an immediate overnight install was out of the question). Tomorrow exactly one hour before Jake left his shift he would fall into trance. He would then find Colton and have a private chat with him about the new mini television screens; I placed a model in his bag to use. He would give him the same demonstration I had given him and leave Colton alone to watch the program. While Colton completed the programming, Jake would awake, hang around the restaurant to keep suspicion down. Once Colton emerged, Jake would bid farewell, drive home, watch the program himself, jerk off, and awake from trance the next morning.

After I was sure he understood and accepted these commands, I gave into my own desires and began sucking on Jake’s massive cock. He shot his massive load all over my face soon after and I knew that phase one of the conditioning was completed. We cleaned up and I instructed him to safely return home, fall asleep, and remember none of this. I was still horny after he left, how I don’t know, so I pulled up my own spiral, grabbed some poppers, and had a short hypno stroke. It was refreshing. I fell asleep not long after. Tomorrow would be another entrancing day.